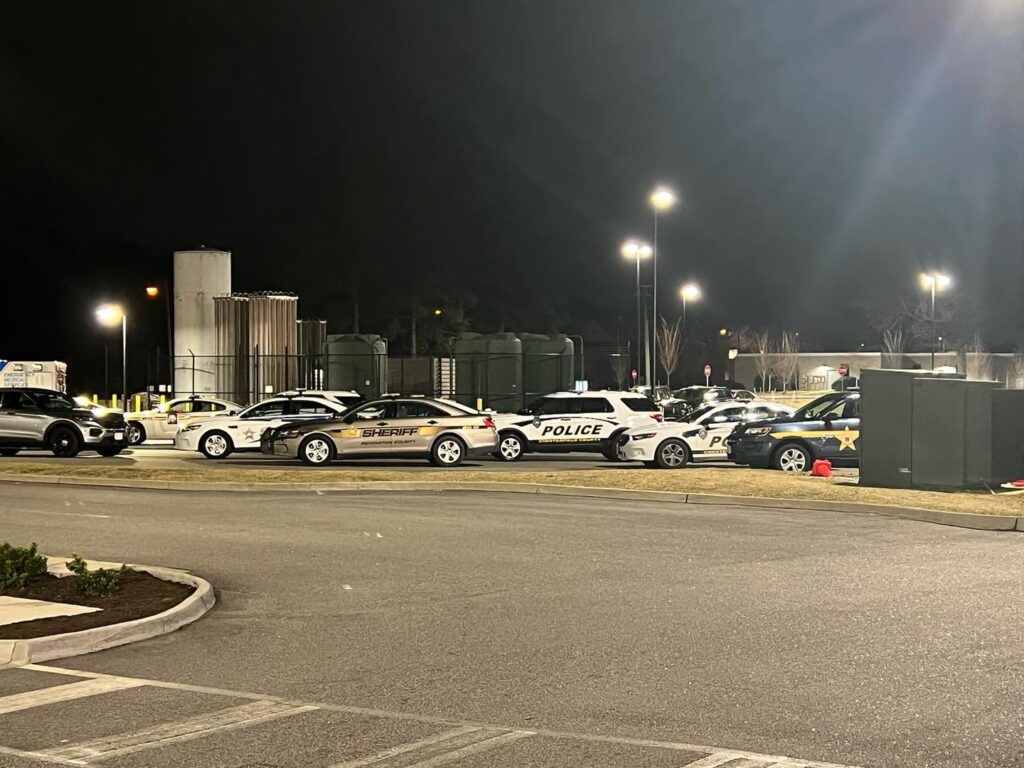 Judge dismisses lawsuit over Virginia’s failure to meet its

A Staunton judge dismissed a lawsuit filed against the heads of Virginia’s behavioral health agency and the state’s only public psychiatric hospital for children after the facility failed to admit a nine-year-old girl in foster care going through a mental health crisis.

The suit was filed in March by the Giles County Department of Social Services, which still has custody of the child, according to county attorney Richard Chidester. It attracted statewide attention for challenging Virginia’s failure to meet its own “bed of last resort” law, which requires the state’s eight publicly funded mental hospitals to accept patients if a space can’t be found at another facility — including private hospitals with behavioral health units.

Ongoing bed shortages, though, have been a recurrent problem within the state’s mental health system, preventing publicly funded hospitals from admitting many patients ordered to their care. The county’s lawsuit aimed to compel the Virginia Department of Behavioral Health and Developmental Services to comply with the law by “admit[ting], treat[ing] and evaluat[ing] respondents of all mental health orders,” despite its widely acknowledged inability to meet that demand.

“Somebody had to do something,” Chidester said in a Thursday phone interview about the outcome of the case. “And this wasn’t an original idea on our part — there’d been discussion amongst many local government attorneys about filing something, and we felt like the facts of this case were bad enough to warrant it.”

Frustration over an ongoing bed shortage

According to the original petition, the girl, identified by the initials S.E., was staying at a residential treatment facility at the time of her initial mental health crisis on Feb. 21. Around 2 a.m. that day, a magistrate issued her a temporary detention order — a civil commitment that allows individuals to be held involuntarily if they present a danger to themselves or others.

The order directed Chesterfield County police to transport the girl for evaluation at Tucker Pavilion, an onsite psychiatric unit at Chippenham Hospital, and then to the publicly operated Commonwealth Center for Children and Adolescents for treatment. Located in Staunton, CCCA is the only state-run hospital that can accept minors, but officials with the Virginia Department of Behavioral Health and Developmental Services say ongoing staff shortages have significantly limited its bed availability.

“DBHDS has been working with partners statewide to ensure continuity of services to the fullest extent they can be delivered in both community and inpatient settings,” spokesperson Lauren Cunningham said when the lawsuit was filed.

At the time, though, only 18 of the facility’s 48 beds were open. All five of its licensed practical nurse positions were unfilled, and there was a 50% vacancy rate among other direct care nurses.

As a result, CCCA said it had no beds available and refused to accept the girl as a patient, according to the petition. Instead, she spent four days waiting in the emergency room at Chippenham, overseen by a police officer. On Feb. 24, the facility notified the girl’s social worker that a bed would be available by the next morning, but then refused to accept her because the TDO had expired, Chidester said.

“Crisis services in Richmond apparently reevaluated her and said she no longer met the criteria,” he said. “But we didn’t understand — how can you not meet criteria when you haven’t gotten any treatment?”

Both law enforcement officers and mental health experts in Virginia say similar instances of “streeting” — releasing patients without mental health treatment because their TDO expires before they can be admitted to a psychiatric facility — have become increasingly common across the state.

Dr. Joran Sequeira, a board member for the Virginia College of Emergency Physicians, previously told the Mercury that while emergency room providers can stabilize patients and continue any existing medications, they’re not equipped to respond to mental health crises, which typically require psychiatric evaluation and new prescriptions to address underlying mental health conditions.

But Virginia has continued to struggle with a shortage of services for people in crisis, particularly after former DBHDS Commissioner Alison Land temporarily closed more than half of all state-run mental hospitals to new admissions last summer. The facilities have gradually reopened, but only 84% of their combined 1,332 beds were operating as of March 9, according to Cunningham.

The inability of many state-run hospitals to accept patients, despite Virginia’s bed of last resort law, has been an ongoing source of frustration for law enforcement. Under state code, officers are required to wait with TDO patients in the emergency room and are typically responsible for transporting them to inpatient care, sometimes to hospitals located hundreds of miles away.

A March 3 Facebook post from Chesterfield County Police Chief Jeff Katz showed at least six police cruisers parked outside Chippenham, each one representing “an officer who has someone in mental health crisis in their care and custody,” he wrote.

“This is NO WAY to treat vulnerable people in crisis,” he wrote in the post, which was shared thousands of times. “We MUST do better, Virginia.”

Two months later, a Covington police officer left a 16-year-old patient in the lobby of CCCA after hospital staff told him they couldn’t immediately admit the teenager for care. The patient was under a TDO that directed him to be admitted to the facility, according to reporting by WSLS 10.

‘If we get another kid who needs treatment, they’re going to get treatment’

The intention of Giles County’s lawsuit was to force the state to comply with its own law, Chidester said — drawing attention to the bed shortage in the process. But Judge Anne Reed dismissed the case in an opinion issued last week and sent to the county on Wednesday.

The decision was based primarily on the nine-year-old girl initially denied care at CCCA. Just a few days after she was released from the emergency room, Chidester said she experienced another mental health crisis and was issued another TDO ordering treatment at the facility.

While administrators initially said they didn’t have a bed available, according to Chidester, he told them the county would bring her to the hospital regardless. She was admitted to CCCA in early March and received treatment there for two and a half months before being discharged to another residential treatment facility.

Because the girl was admitted to the hospital, Reed ruled that the original complaint was moot. Dr. Jaime Bamford, the medical director of CCCA, also testified that there were no children on the facility’s waitlist in June, undercutting the urgency of the county’s argument.

“It may be entirely possible — perhaps even probable — that in the future, the Center will not have available bedspace and turn away a child subject to a TDO,” the judge wrote. “However, Plaintiff provided no evidence to suggest that S.E. — or even another child within the custody of Giles County DSS — are more than reasonably likely to be subject to this action.”

In a Thursday phone call, Cunningham said that admissions to CCCA tend to be lower over the summer. They typically increase once school is back in session, she added in a follow-up email, but the facility currently has no waitlist, and beds are available for patients.

Since May, the hospital has opened an additional six beds, bringing the total number currently operating to 24. Cunningham noted the agency has also been able to fill some open positions for licensed practical nurses, though vacancy rates for other direct care staff still remain above 50%.

“We have worked to reopen more beds as soon as it is safe to do so,” she wrote.

Still, it’s unclear if the facility will maintain its ability to admit juvenile patients on the same day they’re evaluated and ordered for treatment. State hospitals have shouldered a growing share of TDO patients since Virginia passed its bed of last resort law, and critics say it’s allowed private hospitals to avoid accepting the most difficult cases, leaving underfunded public facilities to handle aggressive and medically complex patients.

The shortage of treatment options is particularly visible for children, who can’t be accommodated at many psychiatric facilities.

If we get another kid who needs treatment, they’re going to get treatment because we’re going to take them in.

Despite ongoing efforts to boost Virginia’s mental health infrastructure — including the recent rollout of a new 988 hotline — Chidester said he expects to see continued tension between local agencies and state hospitals if the facilities are unable to accept patients.

“If we get another kid who needs treatment, they’re going to get treatment because we’re going to take them in,” he said. “Until they repeal the bed of last resort law, we’ll do what we have to do to get them in the Commonwealth Center.”

“That’s not the way we want to handle things,” he said. “But our local hospital — they don’t have any mental health professionals. So you’re not going to get any treatment, and sitting for four days in a hospital until the TDO expires is not going to help.”

GET THE MORNING HEADLINES DELIVERED TO YOUR INBOX